The Importance of Speed Drills for Serious Tennis Players

When it comes to a sport like tennis, getting to the ball is often a matter of speed, meaning that the better your speed, the greater the likelihood of making the shot. Speed drills support this.

Tennis is a sport that involves precise ball control in concert with speed and reactivity. The sport is one that takes considerable training to master, as not only must know the many swings associated with tennis but also be able to perform them when on the move, chasing after an uncertain target.

When your opponent clears the net and the ball lands in-bounds, it is then a race against time to get to the spot where the ball will be within reach of your racket and to make a viable swing to get the ball back into the volley over the net. This article presents us with speed drills to improve upon our tennis performance, with benefits in other sports as well. 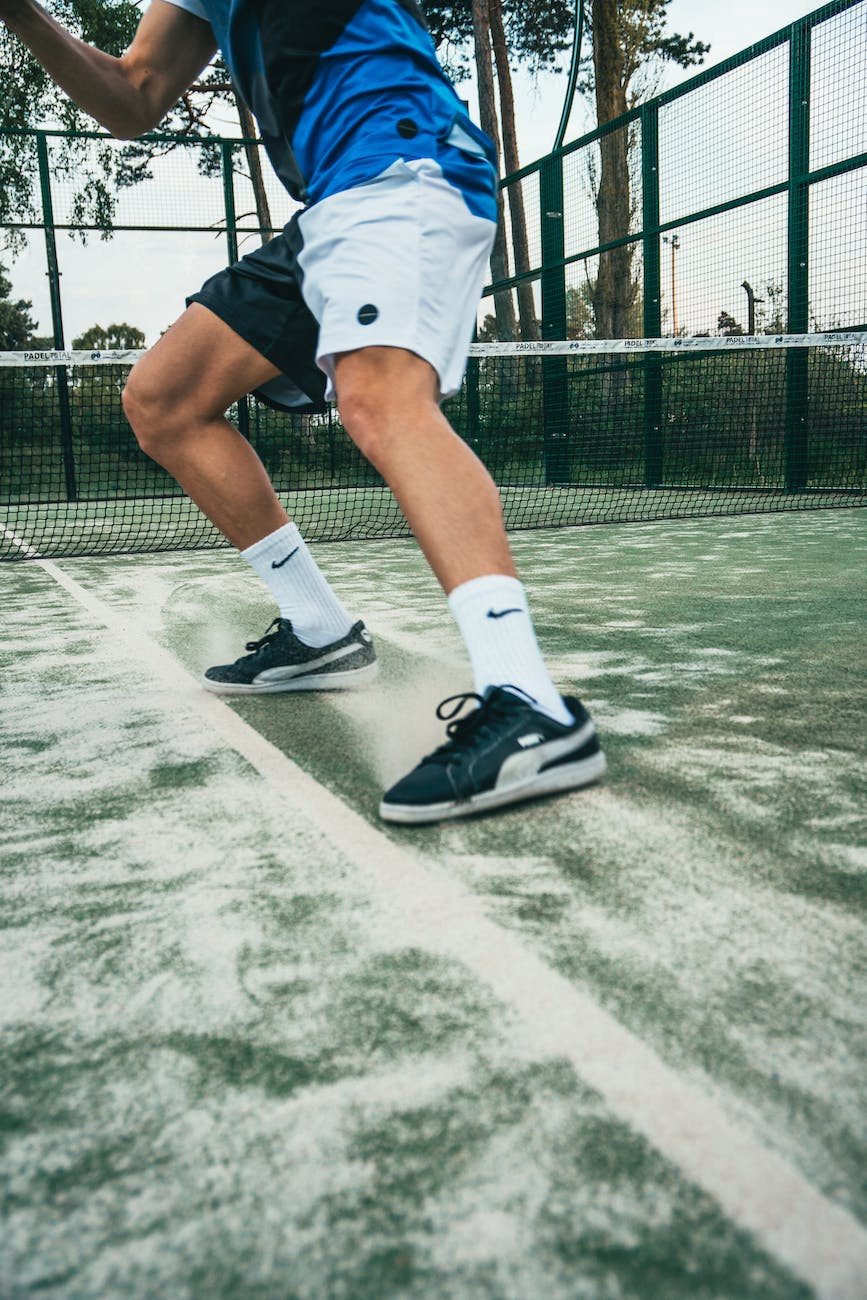 An effective tennis player is capable of responding to a variety of signals and upon receiving them responding quickly. Speed drills support this. Achieving a successful shot may require instant bursts of speed that require one to change directions while moving to get the shot in. To support the ability to perform in a tennis game, it is thereby of considerable value to engage in strength and agility training, with speed drills being of particular value to this end.

One of the most common forms of speed drills is that of the suicide, used by basketball, football, and tennis players alike. To perform suicides, we require only a flat surface suited for running on, with markets to indicate the distance from the starting point. The yard lines of football fields can be used, the box, three-point line, and half-court line for basketball, or if you are simply in a parking lot, follow the lines made for parking spaces, or light-posts. Wherever we decide to run, we must choose a starting point, then at least 3 additional points outward of equal distance from one another.

Suicides are speed drills that are of considerable value in building upon your sprint, both in terms of starting and take-off, as well as quick turn-arounds before turning back on the speed once again. Do as many repetitions as you can while maintaining your top speed and take note of when you begin to slow down. Do one or two repetitions beyond exhaustion and make note of the number of repetitions you were able to perform at full strength. Endeavor to exceed this number the next time you do suicides to ensure onward progress and the improvement of your abilities. 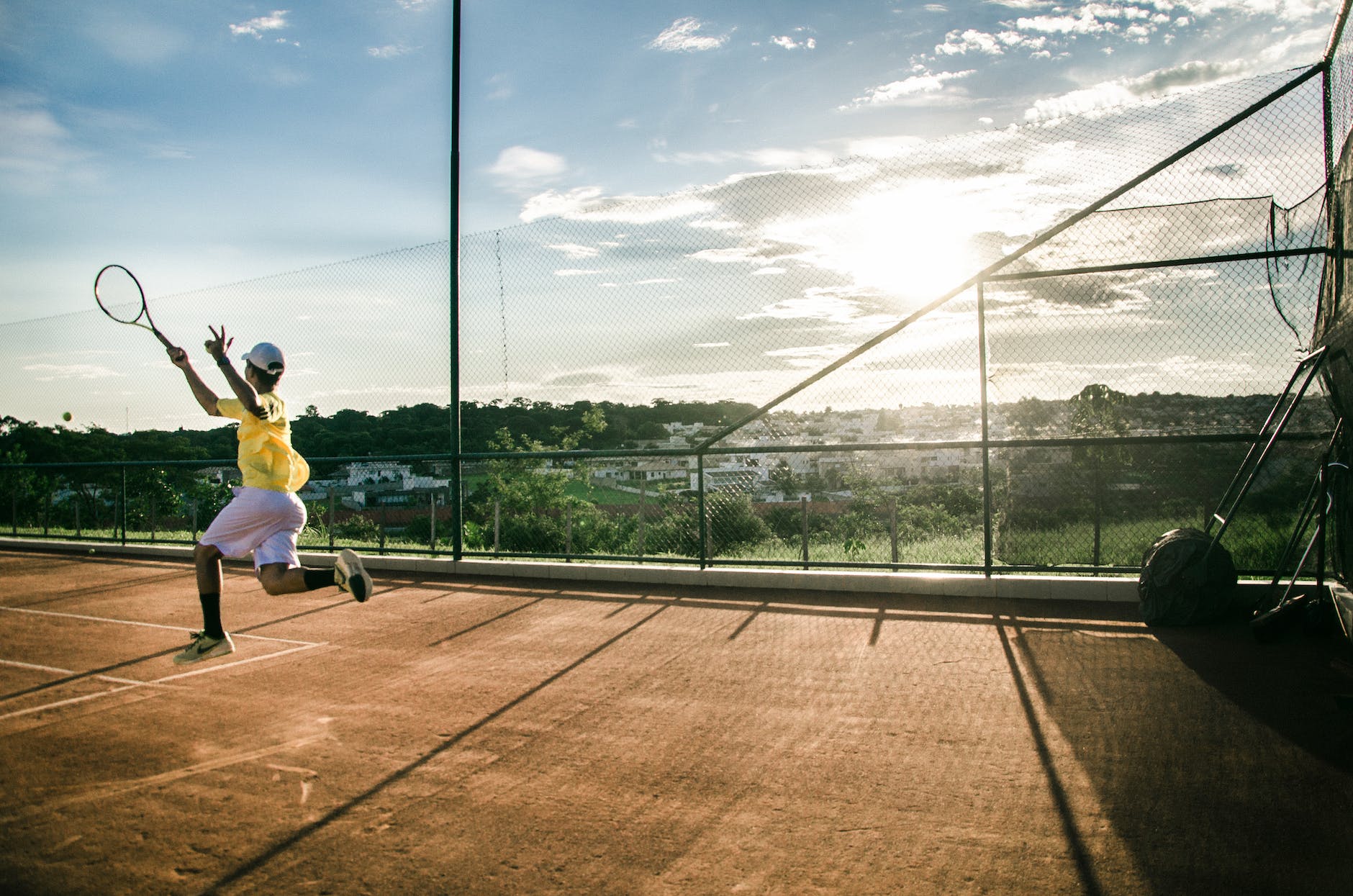 Speed is essential for the tennis player in a variety of situations. Speed is effectively defined as the ability of the body to complete a particular movement within a short period of time, with speed drills being of high value for the tennis player. In order to build upon speed, it is necessary that the athlete develop the ability to accelerate and decelerate rapidly. To achieve improvements in one’s speed, it is useful to focus on the reaction speed, contraction speed of the muscles, and the frequency of body movements.

Through efforts to build speed, the ability to respond quickly to various signals is improved, the capacity of muscles to make explosive movements is improved upon, and lastly, body movements are able to be exercised correctly at different speeds. Following are a few essential speed-building exercises to improve upon your reaction time and your game. 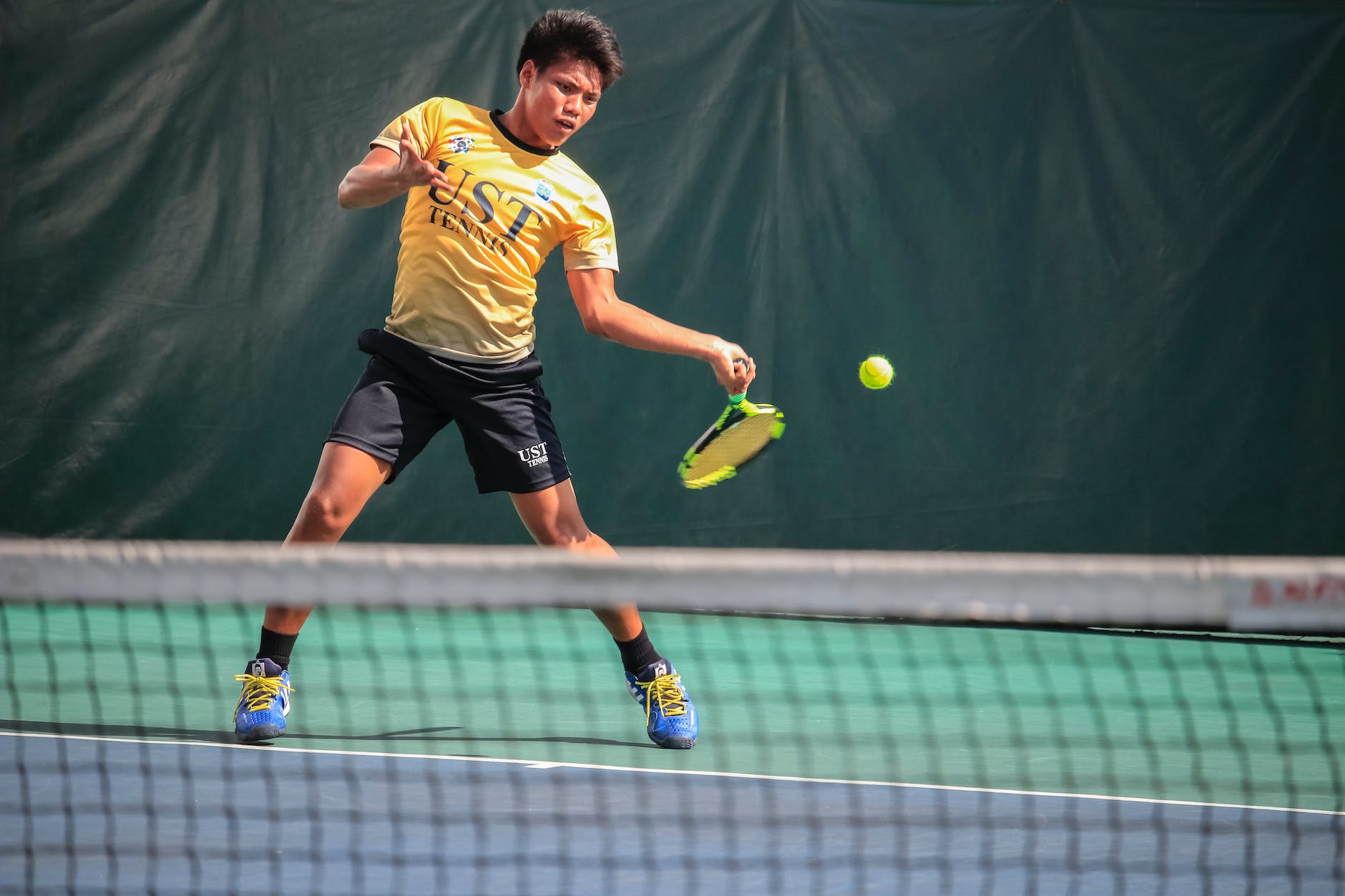 A useful exercise that builds upon one’s speed in addition to agility explored further below, the ball drop is particularly useful. The only equipment necessary is a tennis ball and a flat surface as well as a training partner. The training partner, who can be a coach or teammate, drops the ball and the player must begin in a ready position, pick up the ball prior to it making its second bounce.

The degree of difficulty can be changed by shifting the location of the start of the ball drop, increasing or decreasing the height or speed, and other factors.
The ball drop is of value in developing the speed of the player, alongside their ability and agility. 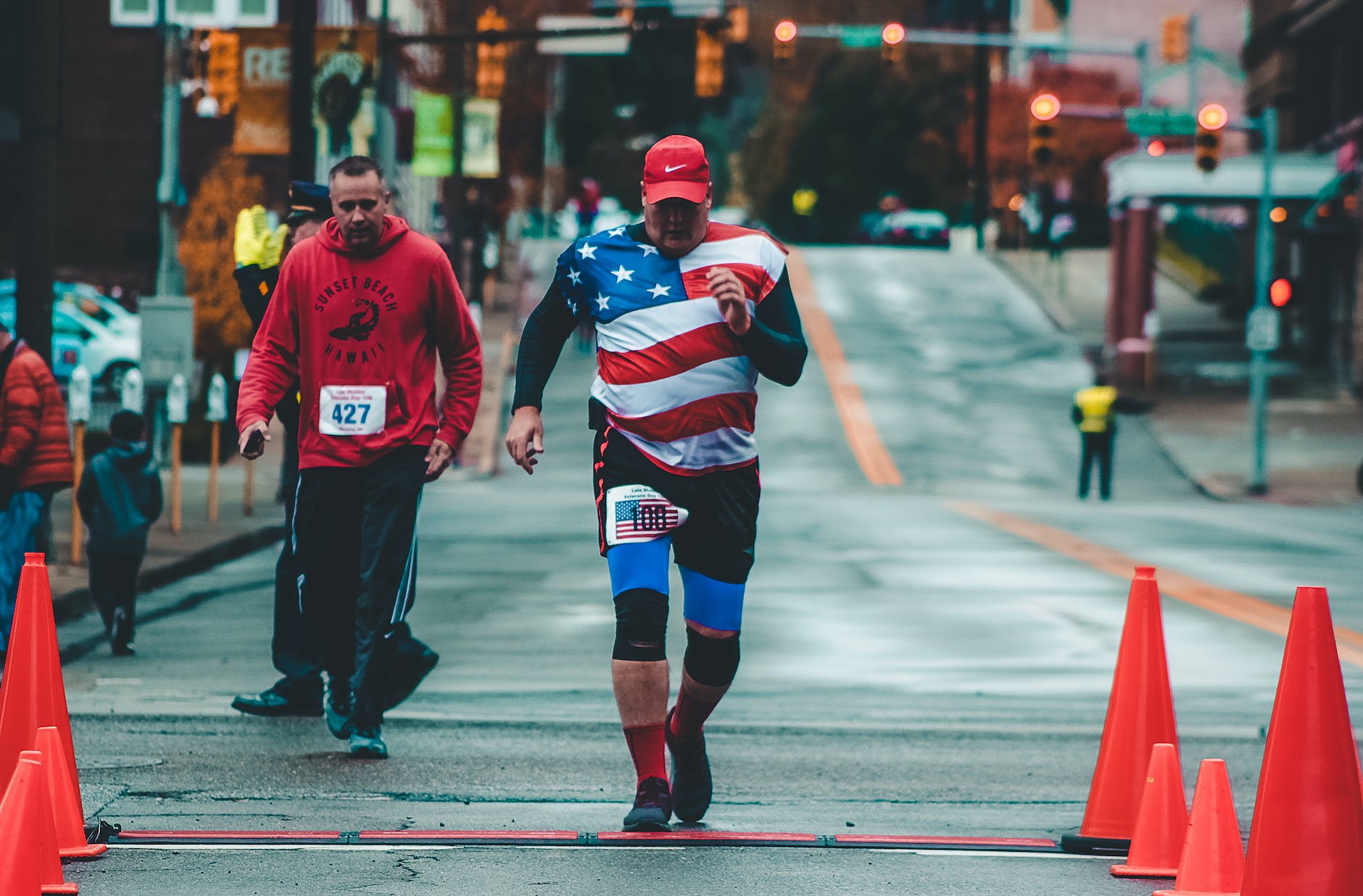 This exercise requires a running surface and two small cones 1 foot or shorter in height, with a tennis court working just fine. Place the two cones at equal distances apart away from you. Begin running at the starting line, staying low enough to tap the top of each cone as you pass it. Keep your back, and upper lowered the entire time to maximize the effort required. This exercise will build upon your leg strength and explosive power and also help the body become used to adapting to lower shots.

For the tennis player and athlete in general, agility is essential as it is effectively the athletes ability to change the direction of their body efficiently. Athletes with exceptional agility are better able to execute movements that are both accurate and relaxed in a smooth manner, effectively deploying minimal muscular energy. To build upon agility, it is important in our training to focus on movement coordination, energy economy, the reliability of motor execution, and movement coordination. Agile players are more accurate and can perform accurately longer, which adds considerably to the ability to make successful shots and win sets.

The fan drill is a fine exercise to build upon the ability of the tennis player to change directions, which is an essential element of getting to the ball and thus playing the game. This drill is somewhat similar in nature to the suicides explored above, in that it focuses upon direction-changing and explosive speed, however, the movements are confined to a tennis court and build upon our ability to move on the field of play for which we are training.

To begin, a racket is placed on the baseline “T,” the center mark on the back-line of the court’s bounds. Then place each of 5 tennis balls on the leftward and rightward corners of the rear of the box, then one on each side of mid-court and one on the centerline that splits the center box. Beginning at the “T,” run to the first tennis ball, picking it up, then turning and running back to the “T,” placing the ball down upon the racket. Repeat for tennis balls 2-5, reaching the ball, bending, turning, and running it back to the racket, and out for the next ball. Try the drill on both concrete and clay courts to gain a feel for both.

The fan drill builds upon the player’s action of the foot on the ground, improving their reaction speed and the gauging of their shots.

In tennis, victory is determined by the player’s ability to get to the ball on time, and to deliver a viable shot that scores points. Being capable of running for an extended duration of time does not mean that shots can be made, as one may be moving too fast or too slow upon meeting with the ball. To provide for an improved ability to get to the ball efficiently and to have the capacity to make a controlled shot, lateral shuffling steps are useful.

Lateral shuffling steps are just what they sound like, steps that are made to one side or the other taking care to not overlap the feet. The purpose of this is to maintain your center-line so that a swing can be made as appropriate to the circumstance. With rack in hand, practice shuffling from the left line of the center court to the right, then back to the left. Vary your speeds and incorporate swings at each and as you get comfortable. This exercise helps us use our movements more efficiently, lining up shots without excessive running.

When speed and agility training are combined, your ability to engage effectively in a wide variety of training and in-game situations is expanded upon considerably. To engage in tennis-specific training and practice, one must have speed and agility to continue practicing for the amount of time that skill improvement requires. If we tire after running a drill once, we are denied the opportunity to improve upon our execution in subsequent attempts. Practice is indeed essential in the pursuit of perfection, and our tennis game will only improve through ongoing practice, facilitated by speed and agility.

For more tips, techniques, and training strategies to improve upon your racquet game, whether racquetball, tennis, squash, or pickleball, check back to Racquet Play for all your racquet play training and tournament inquiries.